Follow Carol in her wanderings across dream worlds and rescue her plushie kidnapped by a mysterious thief .

To succeed, you will undertake the most dangerous and amazing journey and you will meet all kinds of people, friendly or hostile. And who knows,  you will perhaps discover fascinating places holding disturbing mysteries that will light you the incredible truth…

But Carol is an amazing little girl: armed with her umbrella, her hair dryer, and an arsenal of funny toys, she will be able to deal with threats posing on her way and solve the puzzles that she will face.

For your greatest pleasure, you will also discover advanced and intuitive controls for a smooth and dynamic gameplay which leaves its place to the fun you can expect. To get  out of any situation, Carol has a wide range of movements: jump, swim, climb, ride… nothing scares her!

Removing from my list, since the author is no longer updating on this site.

i love the way the game looks can someone send me a like or just tell me how to download this god like game. Like i can't say how good this game look and i would love to play it.

Download has been removed from itch, and demo has been moved to gamejolt: https://gamejolt.com/games/Onirism/310178

The game is also available on Steam for purchase (early access incomplete game still, but superior version to the free demo): https://store.steampowered.com/app/1057640/Onirism/

First of all, the game looks amazing! It gave me a bit of a mix between Ratchet & Clank and Spyro games. The vibe, the way the combats works, the weapons, the enemies..

The game ran really smooth, I saw no glitches or bugs (besides the one mentioned below).

I also liked the save system. Having to look for a save made me think of older games, where you have to survive, adding up the difficulty etc.

The save brings me to what I disliked about the game. Often when I died, the items de-spawned. The most noticeable moment was with the waves during the Volcano chapter. In the middle building, there were some heals/ammo.. the moment I died and got back, these all disappeared.

This meant that I had to remember the pattern the enemies appeared, the way they moved etc. No ammo, no heals.. I had to do this quite often, which was frustrating, relying on luck that enemies dropped anything instead.

Talking about the Volcano chapter, the boss fight was quite ridiculous in my opinion. It felt more like a waiting game than a fight. Waiting for them to finish their different attacks to be able to do some damage in return.. It was really frustrating me. It didn't feel fair, just having to wait, always having to dodge etc.

That all being said, I enjoyed the game. I would return to it, if the things mentioned above were to be fixed, to make the game a bit more fair for the player. Now it is rather frustrating and repetitive at times.

Like others, I too made some videos on my experience. Feel free to take a look!

you're playing an outdated version of the game :/ the most up to date demo is on Gamejolt, the dev stopped updating here, for some reason.

The game is also on Steam in Early Access as well.

Aah snap.. Odd that they decided to update only on Gamejolt, not on both..
Thanks for letting me know though! :D

Steam: hopefully it gets added to it, so I can buy it and add it to my library permanently and as well supporting the game when it's finished, for a demo I got 5 hours of content worth out of it, upon killing the Matriarch which I won't name where it is, but as far as I can tell I can't progress any further but enjoyed it much, primarily for me my greatest love is for open world exploration, what didn't hit me the right way would be the Volcano Challenge Area where you can't see where you're running and you just have to remember where things are when you die so it just becomes a memory game then, then after you make it to a checkpoint you're basically committed to having to complete it, but overall for me I loved the game (5/5 for a demo for the content provided) better than most other games can do that you have to pay for and only get a few hours :3

So I thought this game, so freaking fun and amazing, from music, to story idea, being a hero and trying to save a friend, I love the immersion of this game! I had fun and enjoyed it :D please do more with it!

when i open the game i get a pop-up saying that it had problem opening the game and when i opened the crash report file i see this error: d3d12.dll caused an Access Violation (0xc0000005)

nvm had to reinstall my graphics driver.

it's such a cool game with good design! it just needs multiplayer (i know it's such a pain to do it but i think it'll be more fun online) also, the performance could be a little better. keep up the great work!! :D

I return after way too long with another bit of gameplay! Onirism remains a beautiful piece of work and is a delight to play. I'm barely into it and am enjoying discovering everything about the game, even the little details like the health bar.

Part 4! This demo just keeps going! I dig it.

Hey, devs, can there be a photo mode? This game is seriously pretty.
Reply
Skydjinn1 year ago

Part 5! No, really, how much is there to this game right now?

Leaving a charred corpse in a beautiful world.
Reply
Skydjinn1 year ago

Part 6! This game is painful sometimes...

Part 7! These are some well done bosses.

If you're annoyed by the cave, try skipping it

Alright, the chase scene with the rising poison water. Way too hard. Something needs to change, not sure what. ♥

Other things that would be nice (random feedback):

a map that shows stuff such as save points

OH. MY. GOD. Finally a game that gets it! A game can have fun combat in it while still being innocent, non-violent, and kid friendly at the same time! This is like.... one of the best games ever.

I've always said it - a Rainbow Brite version of Splatoon could be Unreal Tournament reskinned. ♥

That being said, I'd really like to be able to either customize the controls and/or use a gamepad... I really don't like WASD.

Edit: my bad for noticing that a gamepad was already possible. Still not completely happy with how it plays though, I addressed that in my emails :)

Played the latest demo for my channel. I really love this so far, I hope it does well. Be keeping an eye on your progress, eagerly awaiting the day when I can buy the full game. <3

Reply
Meradan1 year ago
Just a video on a minor bug. :)

What engine is this? Any chance for a Linux version?

I think I completed the game, took me a bit of time. Let me know if I did ok, there was a few bugs some were in the video but one main one was sometimes I would find a small gap in between rocks and I would be forever in a 'fall' pose so I couldn't jump out and had t reload, apart from that it was a good demo I look forward to the full version, keep me informed. 5/5.

I liked what I played, runs well and I LOVE the crystals, I have a thing for good looking glass effects in game engines.

Recorded a short video of it, mostly to test out using geforce experience i usually use OBS. Still hate how shadowplay cant split out mic audio from the mp4 file have to do that manually.

Howdy, Sora here!!!  I have been doing an actual series of streams on the demo of your game Onirism, lately, and I must say, I love it!  All the little details you have put into the environment makes it seem so much more real, and the bonus levels are a nice touch as well.  I look forward to  when this game is finished!

Alas, all things must come to an end. Polishing off the final boss and tracking down the few collectibles that I remembered seeing throughout the playthrough, plus one last bonus level. To your whole team, phenomenal work. This game was a treat to play and it was a pleasure getting to talk with the team along the way. I wish you all success for the future of this project and all other endeavors you take up.

I thought it was a short demo...you proved me wrong! So much gameplay! Don't get mad I didn't beat it....

Episode 3! Seriously, this game just keeps on giving. Every time I think I've seen all that is has to offer, you throw a whole new area in my face, each more diverse than the last. Seriously amazing work.

Swear to god this game start out so innocent and easy and then bam it turned hard and it got a lil frustrating that I was screaming like a goat because of my low hp. Graphically & environmentally it beautiful but character animation is basic, which is fine because that just me being nit picky. Overall i really enjoy the game and selection of creative different weapons.

I had an opportunity to play through part of this game. Sadly, the game crashed abruptly, so the recording I made also ends before I had intended. Still, I loved playing this game. From the visuals, to Carol's sassy attitude, I was hooked! I can't wait to play more and see how far you take this game. Thank you for making it! I hope you enjoy my video! :)

Episode 2! I'm head over heels for this game! Some mechanics do need a bit of polish and the lack of water textures made the time trial sequence a bit weird, but still loving this in every way!

Do you have any plans to port this to macOS or Linux?

This game is a visual treat. From the world design to the vibrant colors, this game is a delight to behold. The gameplay is on par with most third person action-adventure games, but I enjoy the quirky choice of weapons. Fear a little girl's umbrella!

Great job on this and keep up the good work. Definitely interested in what the completed game will be like.

I thought I'd let you know that I've decided to make a screensaver and i'll leave this running for a couple of hours. Feel free to use it a you will.

when the full version of the game ? :)

Great game, although I feel graphics need a tweak

This game is looking amazing! I really love it <3

Unfortunately it's not running very well on my pc (less than 30fps) :/

Just so much YES! This game is absolutely gorgeous, and oozes personality, it definitely feels like it draws inspiration from a lot of other games but it still all has a personality of it's own. The mechanics I've played so far all feel really solid and I haven't seen any real issues so far and I'm excited to unlock more of them! Plus this demo is absolutely huge! I went in expecting maybe 20 minutes of game at most and then 30 minutes later it seems like I've barely scratched the surface! Expect a whole series on this! I just don't know how to pronounce the title...

Absolutely stunning game and I'm so glad it's in English.

Here you go and enjoy 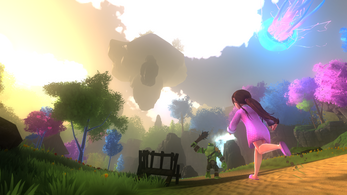 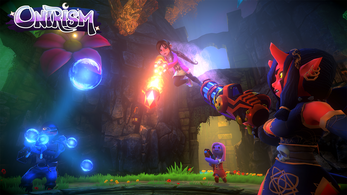 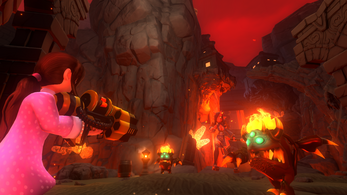 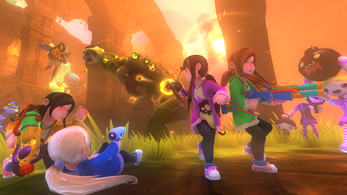 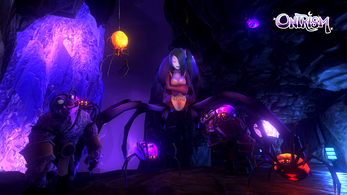 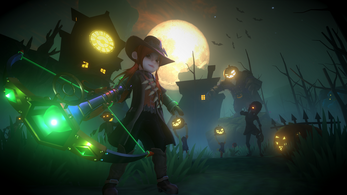